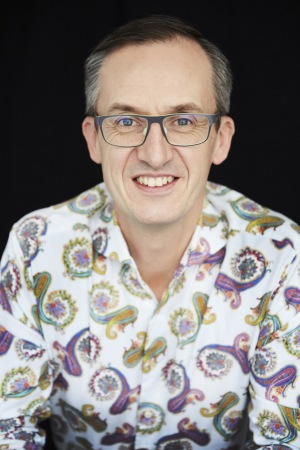 ‍Johan Siwers is a seasoned digital executive with a passion for entrepreneurial game changing technologies, practices and companies.

Johan has over the past 20 years+ been involved in breaking ground for a wide range of digital ventures within companies like Axel Johnson, Kinnevik,  Spray,  Schibsted  and  InterActive Corp (IAC).

From his position as General Partner with RECAPEX, Johan has been investing both time and money behind a wide range of initiatives, with a common thread being digital technologies transforming behavior and industries.

Most recently Johan has been devoted to D-Ax, a partnership between RECAPEX and the Axel Johnson group, established to drive the transformation of a traditional and strong retail group, in the light of ever-faster digitalization. D-Ax was set up as a corporate venture investment vehicle, combining scouting for great ideas, great entrepreneur and great partners.

Previous to that Johan rolled out match.com in Europe and was part of the global management team of the IAC led company, today listen as [MTCH] on NASDAQ. In his position as VP Business Development of Schibsted led Scandinavia Online (SOL), Johan was rolling out and establishing the leading portal for the Nordic region and was instrumental in listing the company and later the divestment of the company.

At Spray Interactive Media Johan was one of the entrepreneurs at the forefront of building an emerging online industry. Spray became a melting pot for young Internet entrepreneurs, for example establishing the leading web agency in Europe (later merged and listed as Razorfish) and launching the first local commercial search engine.

When the late Jan Hugo Stenbeck decided to shift his family fortune from investments in traditional industry, to building a group of media and telecom focused companies, he brought a generation of young entrepreneurs with him. Johan, as one of Mr Stenbecks followers, started working for the Kinnevik group straight out of business school and worked his way from management trainee to managing director.

Johan possess a large network among the senior Internet crowd and is often featured as an inspirational speaker and interpreter of the future impact of digital technologies.